Lindsay tells your stories for... 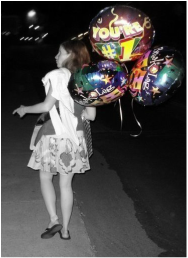 Getting Money
For Your Project
Lindsay happens to to be a whiz at funding and grant applications. After being hired years ago to become an expert at funding all areas of the arts and offering one-on-one consultations, as well as workshops, through artsCape Breton, Lindsay has worked as a researcher and writer of funding documents and grant applications for numerous individuals and several companies, including Acting Up Stage Theatre, Stephanie Gorin Casting Inc., etc. Lindsay herself has been the recipient of several grants to pursue her own projects, including numerous Canada Council grants, donations from private foundations and several provincial arts council grants. She also funded, by herself, two cross-country tours of her play Tompkinsville, employing 13 people on full-time salaries. There is always a way to find funding for your project and Lindsay Kyte knows how to write (and consult with you about) the documents to get it.

Find the Words To Describe
​You, Your Work, and Your Company

After several years in the industry, Lindsay has become known as the "go-to" when you need a bio that actually sums up who you are, a press release that gets published almost word-for-word in several newspapers or a general consultation to get to the core of who you are in order to promote yourself and your work in a more engaging way. Lindsay has served as a publicist for various bands, performers and productions, including Acting Up Stage, Parade, Grant Tilly, Songbirds, Funny Business, Toronto Adventures, Cloning:The Musical, etc. 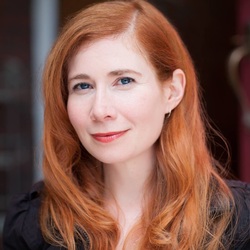 Pitching Your Project With Passion, a Plan, and Proof You Are The Perfect Person To Make It Happen.

​Lindsay has worked for several documentary and television production companies including Castlewood Productions, Banger Films, Gorica Productions, Kyoko Productions and Wind Chime Productions and is a champion in helping you transform your idea into a logline, a one-page synopsis or a script bible — and whatever else, however long or short, you need to make your pitch sparkle. Besides her other degrees mentioned on the next page of this website, Lindsay is also a graduate of the Independent Television Producers' program, where she got unique training in all elements of development writing for film and television, as well in how to pitch, how to research what broadcasters are looking for, conducting yourself in the pitch room, etc. You are going to knock 'em dead when you strut into that room full of suits—because Lindsay Kyte will help you find the words to make your pitch zing.