DEAR RITA is a musical celebration of Cape Breton’s first lady of song, Rita MacNeil — a fierce force of storytelling through song who invited us to see ourselves in her struggles, strength, and vulnerability. How did Rita somehow tell “my” story—no matter your identity, location, age, or current mood? How did she capture a feeling of speaking directly to each person, a sense of community and conversation, our hidden dreams of love, and the roots of the working people? Rita herself said her life story is “something you could pretty well put anyone into. It’s about one person, but so many of us could be there.”

Developed with the blessing/input of Rita’s son Wade Langham and featuring a cast of six performers, DEAR RITA's story is told through a script by​ Cape Breton playwright Lindsay Kyte, and features new, re-imagined arrangements of her music by PEI composer/musician Mike Ross. From Rita's popular hits to the lesser-known songs that made her bandmates cry like babies, DEAR RITA weaves Rita’s lyrics into new perspectives and invites her spirit into the room as her songs live through our own experiences. Who is “Rita” in this show? It’s not one person. We all are — everyone on that stage, and everyone whose hearts she has touched with the musical prayers of her people.

DEAR RITA premiered at the Charlottetown Festival in 2021 to rave reviews. 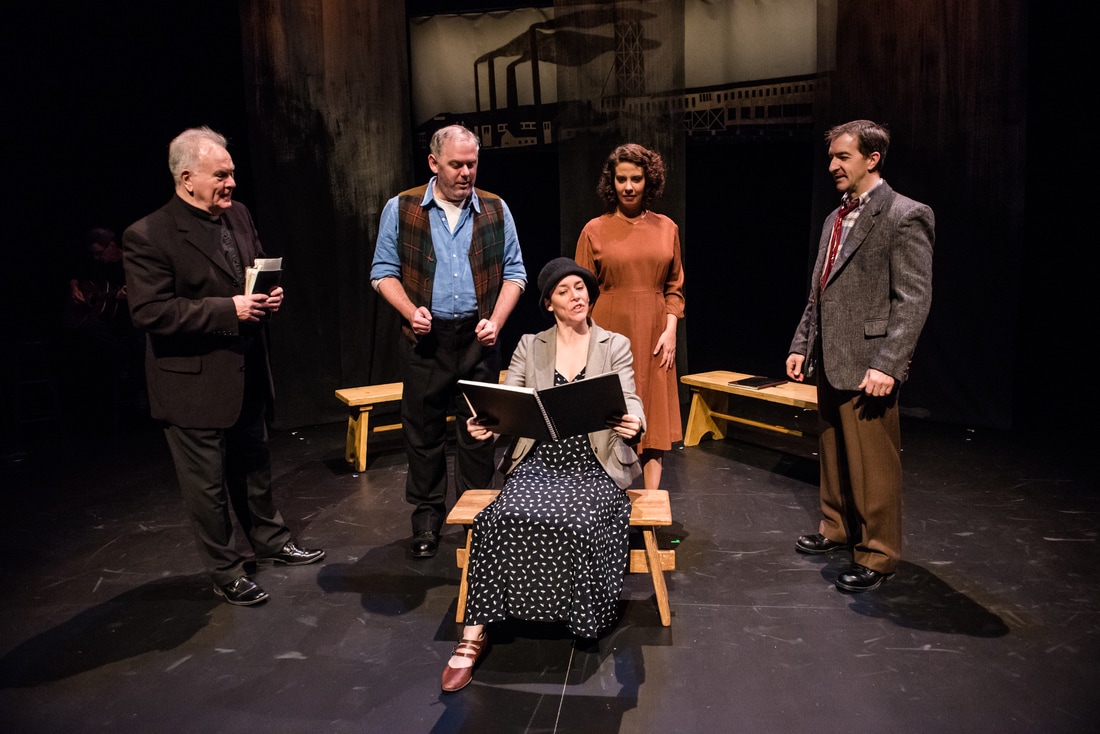 What if someone told you you could have the life of which you've always dreamed? All you have to do is live dangerously and create furiously—together. Once upon a time, a group of miners did just that. Tompkinsville is the true story of a Cape Breton mining town transformed from despondency to independence thanks to a rebel priest's belief we can all become "masters of our own destiny" — with a book in one hand and our neighbour's hand in the other. Tompkinsville is the story of Father Jimmy Tompkins, Joe Laben, and the co-operative movement.

Winner of two Robert Merritt awards,  nominated for three, having toured NS and premiered in Oakville, ON, and named one of the top plays in Nova Scotia in 2016, and featuring original music by Ian Sherwood & Lindsay Kyte, Tompkinsville has been declared "a classic. An important addition to the canon of Cape Breton literature."

Read more in our press kit (download below). All inquiries to Lindsay Kyte. 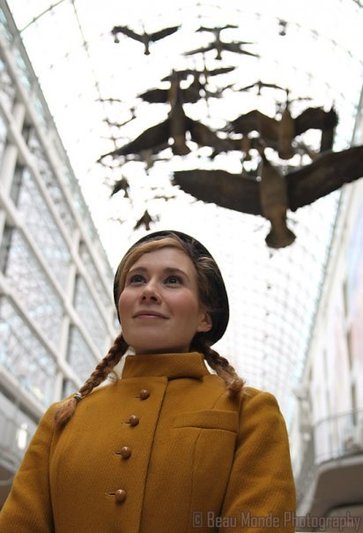 In 2004, Lindsay Kyte moved from Nova Scotia to Toronto. As she experienced the humour and wonder of culture shock in the same country in which she grew up, she began to write a series of back home to family and friends about her "Toronto Adventures" in the land of subways and smog. Little did she know, these e-mails were being forwarded on. And on. And on. Suddenly, the phone began ringing with people requesting more "Toronto Adventures."

​An article in The Toronto Star featuring an almost life-size picture of Lindsay resulted in television production companies calling, as well as Internet channels. Theatre companies got in on the action. When Lindsay stopped hyperventilating from all of the attention, Toronto Adventures had been turned into a stage play, a comedic Internet series and a blog in the Cape Breton Post.

The stage play of Toronto Adventures premiered at Festival Antigonish in 2007. Since then it has been produced at Victoria Playhouse, the Membertou Trade & Convention Centre and the Atlantic Fringe Festival, as well as by the Grand Bank Theatre Festival in Newfoundland, where Lindsay had the otherworldly experience of watching someone else play "Lindsay Kyte" on stage. Who knew a bunch of seemingly silly little emails about being a fish out of salt water would result in all of this?

​To view some Toronto Adventures, click this link:
https://vimeo.com/1158209
A second episode is available below!